Chat with us, powered by LiveChat

Teenager’s quest to put an end to waste

A  Didcot teen has set up her own initiative to ensure surplus fruit and vegetables no longer have to go to waste.

Nicole Wilson, who is aged 16, who is home educated, started to circulate the idea after apple trees in people’s garden’s in East Hagbourne were found to be overflowing a few years ago.

She will now take here Vegcycle initiative to Didcot Sunday Market on weekends.

“I thought there must be a way to reduce the waste and let other people enjoy what has been grown locally,” she said.

Vegcycle is Nicole’s first venture and she admits that she does have low expectations ahead of her first day on the market this Sunday.

She added: “Once people know more about it they will be more willing to share.

“If I think low and I get better that is a good thing other than expecting big and getting nothing.”

Didcot Sunday Market has based outside Sainsbury’s in the Orchard Centre since March with the purpose of raising funds for the town’s Christmas Street Fair.

“I just think its a  brilliant idea,” she said. “Everyone has surplus and for someone to have the initiative and to do something about it is brilliant.

“Nicole just wants people to not waste fruit in their gardens and we want people to come down and support.”

Didcot Sunday Market raised £2,000 for the Christmas Street Fair, which is celebrating it’s 20th anniversary, and Ms Howse continued: “Hopefully we have a legacy going forward this year but we still need to raise around £15,000 a year for the street fair.

“Everyone is getting into the spirit which is what it is all about. It is a huge event in Didcot and the town has always embraced it.

“The street fair is for local people. There has to be money made out of it and it is a good way of everyone being involved – schools, churches, clubs – it’s strength is that it is still going.”

You can also read more about how our services work for more information.

To discuss your rubbish removal, be sure to get in contact today to discuss how we will be able to remove your general waste. 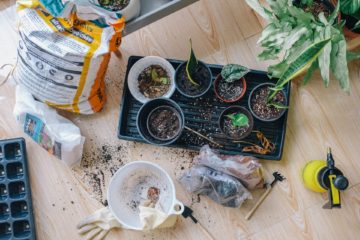 What are the most cost-effective ways to get rid of rubbish? Knowing how to recycle effectively whilst cutting costs can be hard to figure out. Whether it’s replacing old furniture or having a good clear Read more…

Rubbish Clearance Ltd, Company number 09202778 use cookies on our website to give you the most relevant experience by remembering your preferences and repeat visits. By clicking “Accept All”, you consent to the use of ALL the cookies.
Cookie SettingsAccept All
Manage consent

This website uses cookies to improve your experience while you navigate through the website. Out of these, the cookies that are categorized as necessary are stored on your browser as they are essential for the working of basic functionalities of the website. We also use third-party cookies that help us analyze and understand how you use this website. These cookies will be stored in your browser only with your consent. You also have the option to opt-out of these cookies. But opting out of some of these cookies may affect your browsing experience.
Necessary Always Enabled
Necessary cookies are absolutely essential for the website to function properly. These cookies ensure basic functionalities and security features of the website, anonymously.
Functional
Functional cookies help to perform certain functionalities like sharing the content of the website on social media platforms, collect feedbacks, and other third-party features.
Performance
Performance cookies are used to understand and analyze the key performance indexes of the website which helps in delivering a better user experience for the visitors.
Analytics
Analytical cookies are used to understand how visitors interact with the website. These cookies help provide information on metrics the number of visitors, bounce rate, traffic source, etc.
Advertisement
Advertisement cookies are used to provide visitors with relevant ads and marketing campaigns. These cookies track visitors across websites and collect information to provide customized ads.
Others
Other uncategorized cookies are those that are being analyzed and have not been classified into a category as yet.
SAVE & ACCEPT
× Need your rubbish cleared?